The Baby and His Gift 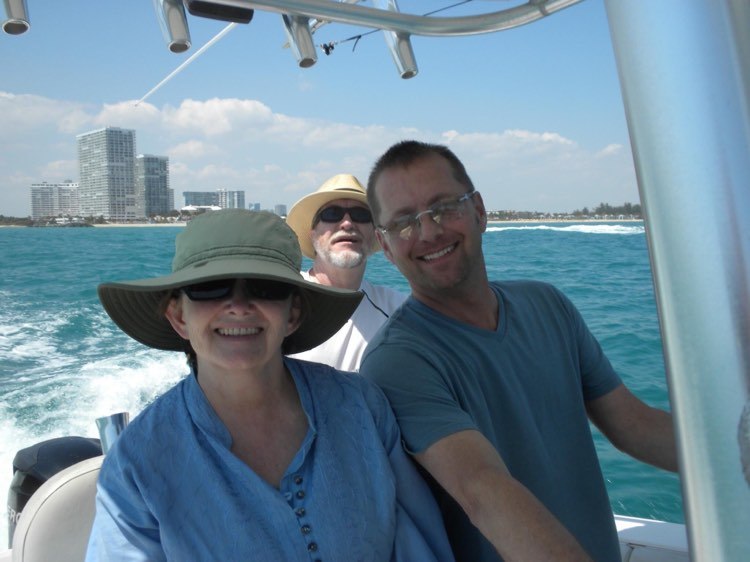 The Baby and His Gift

Grandbaby and a Conflicted Grandmother

One winter day, my older sister called and announced to our family that she was expecting her second child. I could read the discomfort in her voice. She believed my mother would be dismayed, and she was right. Mom made no secret of her worries. I could tell Carol was crushed, and I jumped in and declared, “Carol, I’m glad about the baby.”

A blessing from the start

Alan arrived ten days after my father’s birthday in July, and we all fell in love with the little boy with downy blond hair and my mother’s dimpled chin. Little did we know, how very much we would all come to be glad about the baby who would become a big-hearted, loving, generous man.

However much my Mom came to love her grandson, her fears for her daughter were not groundless. My mother suffered from the most common genetic disease—one passed from affected parents to their children— Autosomal Dominant Polycystic Kidney Disease (PKD). According to the PKD Foundation, this life-threatening genetic disease can afflict men or women of all ethnicities and “affects more than 600,000 Americans and 12.4 million people worldwide.” As its name indicates, fluid-filled cysts develop and enlarge in both kidneys, ultimately resulting in kidney failure. My mother, suffering from End Stage Renal Disease, did not live to see Alan’s first birthday. After decades of poor health, in a time when dialysis and transplant were experimental, she died at 54 years of age.

In contrast, her oldest daughter enjoyed years of comparative health until she was 54 years of age. Carol was diagnosed with ADPKD during a raging kidney infection. She experienced irreparable damage and intervention became crucial at 60 years of age. A loving friend of the family, Alvin Dickerson, donated his kidney in 1999. Carol’s family’s gratitude was profound.

Alan’s choice and his gift–how typical!

Alan appreciated what Alvin’s gift meant to us all. So, when I began the slide into End Stage Renal Disease, he stepped up and declared he would be my donor. This is one of many reasons that we are all profoundly glad for that July baby! You need to understand how typical this is of Alan. When I posted about Alan’s gift on November 1, friend after friend joined in my appreciation. One friend summed it up, “Because he’s that awesome and it’s impossible not to love him.”

Alan has worked for years in Florida’s service and hospitality industry and it has been a matter of pride that his patrons enjoy fine food in a pleasant atmosphere. It is also a personal mission to see that his staff thrive. During a restaurant shut-down, Alan took it on himself to see that each staff member found new work. Alan is known to help people in need personally and as a part of his church’s ministry.

Next, you must know how devoted Alan is to his family. He absolutely delights in showing his family and others a wonderful time. My husband and I and Alan’s cousins can attest to his hospitality. A visit with Uncle Alan is always an adventure for his two nieces and two nephews—speed boat rides, jet skis, shooting, or just going to the grocery store on a search for gourmet ingredients. He loves to cook vast quantities of Chicken Parmesan or street tacos. Although, Alan loves his family, make no mistake—he is a highly competitive chess, Scrabble, or Monopoly player. He enjoys Dallas Cowboy football, best of all in a stadium with his Dad.  While he loves surprising and startling his mother, he also thoughtfully arranged his parents’ move to a fine new apartment near him. Furthermore, nothing makes him happier than harassing a telemarketer trying to scam his parents.

Alan’s gift and its meaning

Alan knows in a personal way what the gift of a kidney means to my sons, their wives, and my grandchildren. He knows that the prospect of spending many more years together is beyond price to Jim and me. He witnessed for himself the well-being and alertness a live-donor transplant provided for his mother—I enjoy these now. Carol and I are profoundly grateful to serve God with new strength in our retirement years. I cherish the potential of more years to share my voice, my writing, and my love to family and friends. Additionally, I think Alan and I both love that I can now freely enjoy his excellent cooking.

The baby, my nephew, my donor, my friend

In an odd way, Alan and I have enjoyed 2020 together. Make no mistake, there were fits and starts in this process. My transplant was officially and unofficially delayed five times in this year of COVID for a variety of reasons. Alan was adamant. “We’re going to do this.” Throughout the year, we enjoyed and still regularly enjoy long talks. On every level, I am glad for you, Baby.