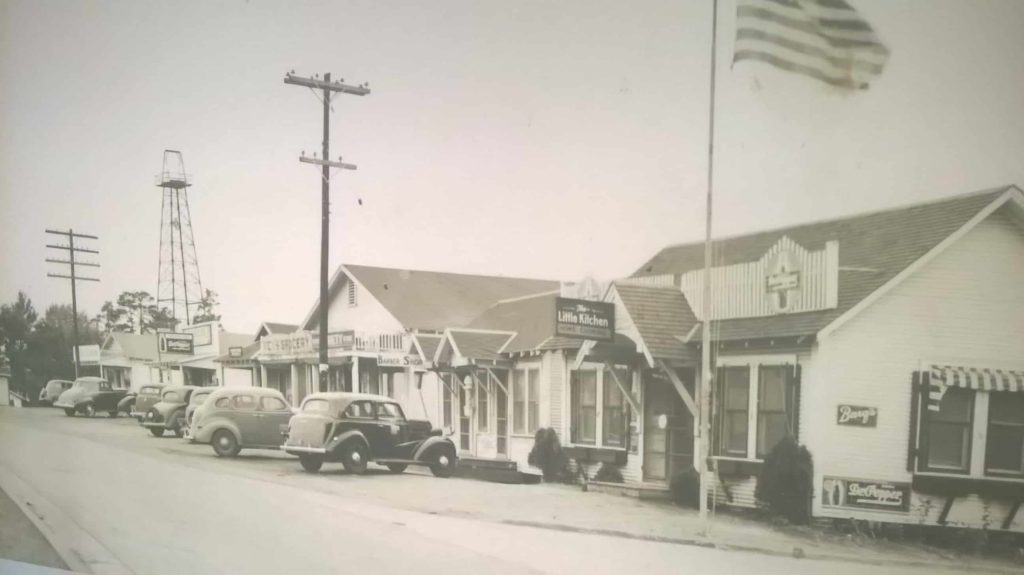 On July 30, I interviewed Mr. John Davidson, a longtime docent of the New London School Explosion museum. This top-flight museum  plays tribute to the parents and survivors of the worst American school disaster. John Davidson has a deep investment in the small town museum. His lovely teenage sister, Ardyth perished in this calamity on March 18, 1937.

In his slow, measured East Texas accent, Mr. Davidson shared with me why people came to New London. During the Great Depression, New London offered ready employment to people desperate for work. Men and their families streamed into the Piney Woods for work in the oil fields during a rich oil boom. In addition, Oil money built the wealthiest and second-largest rural school in the world for their children. In fact, the state-of-the-art campus boasted the very first Friday Night Lights in Texas — a lighted ball field. Also, the junior high and high school offered a home economics building, a science lab, wood-working and metal shops, and an agricultural building with a freezer and instruction in butchering.

Mr. Davidson stated that “spirits were high on March 18.” Understandably, Students and faculty alike looked forward to the following free day in nearby Henderson. In this neighboring town, they would support New London boys and girls in county athletic and academic events. When the accident occurred, some athletes and academic competitors were away and preparing for these  competitions. Since the PTA was scheduled to meet at 2:30 that afternoon, the students would normally be dismissed one hour to one half hour early. However, Superintendent Wesley Shaw decided that students should stay for a full school day. Tragically, the explosion occurred at 3:17. Superintendent Shaw’s youngest child, Sambo perished, one of 294 confirmed casualties.

Previously, for some days, students and faculty complained of burning noses and running eyes.  Still, a growing leak of odorless gas gave no other warning. John Davidson explained that a spark from a defective sander ignited this natural gas leak of 64,000 thousand cubic feet. Unfortunately, someone inappropriately retrofitted the building to use free gas from the oil industry—a common money-saving practice. Sadly, the school building very engineering compounded the danger, and the looming disaster resulted.

Though news reports greatly inflated casualty numbers, many deaths likely were not reported. In fact, numerous families  gathered their children’s remains and immediately returned to distant homes for their funerals. Additionally, the blast incinerated all records. Consequently, a transient population came for work and left fleeing tragedy, without leaving any official record of their children or of their loss.

The community rushes to action

Immediately, the community responded to this calamity. Quickly, people of every walk of life converged on the scene. Desperate mothers and fathers tore at the wreckage with bare hands, seeking their children and others. Men in suits, women in their PTA best, and oil workers in dungarees, alike pitched in. People even employed peach baskets in this frantic rescue mission. Ultimately, heavy equipment from oil fields and timber tracts accelerated the effort. With astonishing speed, community clearned the site in under twenty-four hours. As Mr. Davidson remarked, “They did it until it got done.” Furthermore, health workers from local hospitals reported to the scene. In particular, the newly-constructed Mother Francis Hospital in Tyler opened a day early to minister to young victims.

In the aftermath, John Davidson remarked that bereft parents “leaned on each other, grieved, buried their children, resumed their lives… some moved away.” Ultimately, three hundred young survivors went on to fight in World War II. Survivor William G. Moore became a four-star general in the air force. His brother Ira Moore flew mercy missions to evacuate Vietnamese refugees from Saigon. Directly, new laws were put in place protecting communities around the world from the dangers of natural gas. Texas was the first to pass odorization and uniform engineering laws. By law, natural gas has the unpleasant odor to warn home owners of its presence. By law, a registered engineer alone must work on heating systems.

What can we learn from this community’s response to catastrophic tragedy? Mr. Davidson was quick to answer.

“Work together, lean on each other, and with … faith continue with their lives.”