World Events and A Thing of Beauty

While peace among the people Becky loved seemed a distant hope, Jimmy Carter endeavored to forge peace between Egypt and Israel.

Becky’s detail-obsessed mother and “loosey-goosey” creative sister were engaged in mutually assured annoyance. Likewise, the USA, France and Great Britain were locked in a Cold War with the Soviet Union. Each side engaged in repeated nuclear bomb tests.

Iran rebelled against repressions of the shah with another force in the wings waiting to take power.  In a similar way, Jessica rebelled against her mother. She finds herself manipulated by peers, and the disturbing attentions of an older boy.

The Viet Nam War ended in 1975, but friends and a family member still suffer in its aftermath. President Carter’s pardon of draft-dodgers is most controversial.

President Carter proposed setting aside Martin Luther King’s birthday as a national holiday, yet Becky still perceived the unease in our diverse society.

The thoroughly unexpected was happening in the world, in Texas football, and in Becky’s neighborhood and school.

And suddenly popular culture voices from Disco music to outlaw country singer Willie Nelson, seemed more real, more true to both sisters than anything their close-knit family ever said. 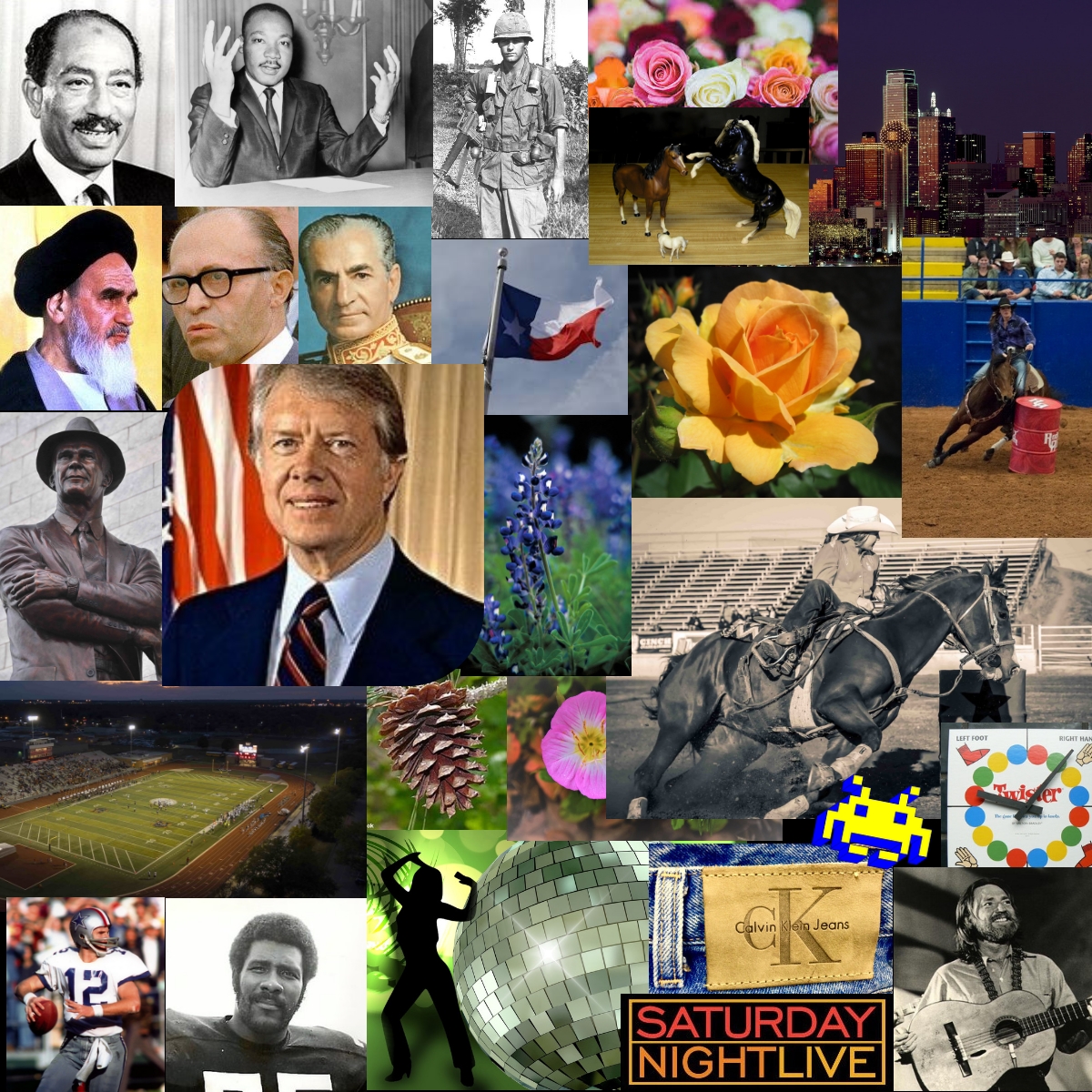 Turbulent Times – Events at the Time of A Thing of Beauty

Dallas Cowboys had 12 wins and 4 losses and Houston Oilers had 10 wins and 6 losses in 1978.
Not a bad year for Texas professional football! The “other” football team, Dallas Tornado soccer teams had 14 wins and 16 losses. However, baseball fans had to be especially patient and faithful, for Texas Rangers had 87 wins and 75 losses. Slightly less successful Houston Astros had only 74 wins and 88 losses

Famously, Notre Dame played in the Cotton Bowl in both 1978 and 1979. They defeated the University of Texas (38-10) and the University of Houston (35-34) respectively. The historic 1979 game was played the day after the city’s worst ice storm in thirty years. Despite having the flu, quarterback Joe Montana led Notre Dame to a narrow victory in the second half after eating a bowl of chicken soup.

Texan College football rivalries are legendary, and perhaps the fiercest is between Texas A&M University and Texas University.

In the Lone Star State’s colorful history, six different flags have flown over Texas: Spanish, French, Mexican, Republic of Texas, Confederate States, and United States. The Six Flags over Texas theme park at one time had sections devoted to each flag with informative plaques about each flag and its history. Texas Independence Day is celebrated on March 2 and San Jacinto Day, on April 21. Citizens of the new Texas republic called themselves, “Texians.” Once Texas entered the Union, they retained their Lone Star flag as their state flag.

Emancipation or Freedom Day, honored on June 19, celebrates the day that slaves in Texas learned of the Emancipation Proclamation. People observe this holiday, not only in Texas, but throughout the South.